What you know…or you think you do 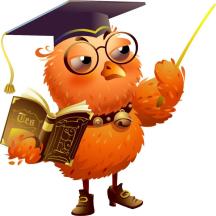 There are many sayings which argue that knowledge is power. I don’t know however how strong it is, particularly in an era when what you know comes second to who you know… Nonetheless, we all have fun with seemingly useless and random information, like “If you keep a goldfish in a dark room, it will eventually turn white”. You never know when it will come in handy – well maybe not the goldfish fact, but you might need to know, for example that there are no clocks in Las Vegas gambling casinos, or that a “hairbreadth away” is 1/48 of an inch, and an inch is 2.54 centimeters. Either way, it is certainly better to know something than to be found in a situation where you need to frown, blush and pretend to be muttering something in order to avoid that awkward moment of not knowing the right response.

But sometimes what you think you know is not even close to what you actually do. A very interesting online survey concerning public knowledge of science and religion in the US has actually revealed just that. That even things you presume as given, as guaranteed knowledge, and as obvious facts, are…well, not.

There are people who don’t know that carbon dioxide causes rising temperatures, despite climate change, global warming and greenhouse gases being a major concern of the 21st century. Even in things that are considered basic knowledge, people are found lacking information, or simply appearing ignorant of these facts.

Teachers and lecturers themselves can testify on the “pearls of wisdom” found in student responses. And although some are imaginative and creative, others are simply silly.

Even in enquiring young people at random what national holiday a country is celebrating at a given day, receives replies that definitely call for a face-palm simply to avoid slapping them right then and there. To some extremes, some people don’t even know what Christmas and Easter stand for, apart from presents and chocolate eggs respectively. Gulping at amazement at the response, people who know the right answer are left wondering what exactly it is that education these days offers. And whose fault is it – the education system’s? The educators? Or the people themselves? Is it that we are so lost in the mundane and the casual that we no longer care about the important stuff? Or is it because our attention span is depleting to such an extent due to the technology peak that we can no longer truly concentrate on storing long-term valuable information?

Whichever the answer, the words of Confucius resonate soundly in an era of widespread information but little knowledge: “real knowledge is to know the extent of one’s ignorance”.