(Not) Another regular Friday 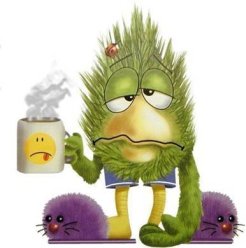 Her name was Henrietta. It was a straightforward name, albeit a bit irregular for a female. You would think it was easy to remember, and not to be confused. But today when she went two hours in advance of the opening time to pick up the concert tickets for the next day, which she had booked four months earlier, the lady in charge told her she could not find her name on the list. There was a Henry, though, with the same surname, for (weirdly enough) the same tickets. It took 45 minutes to prove she was the Henry, although, the Henry was in fact a Henrietta, who was her.

By the time she returned home, people were already flooding the cafés for their afternoon coffees. She decided to chop some vegetables in order to make a quick salad with some baked beans she was about to boil. Quick, easy, and healthy, she thought. But, alas, her new knives would prove their worth. She nearly chopped off her left index finger together with a slice of tomato. A crimson stream began to flow from that little finger, soon turning five napkins from white to red and refusing to stop. Henrietta rushed to the pharmacy for some first aid. She would have to pay attention to the entire hand now, as the wound was deep and required time to heal.

By the time she was back, the beans were not baked, but burnt. And now she had a black pot to scrub with one hand.

This is when she realized how many things come to us so automatically every day, that we hardly pay any attention to them. For example, how much work that single finger does. How vital it is for the entire hand to function. She noticed how hard it was to do the slightest of things – from getting dressed to washing your hair, to putting on contact lenses – all with one hand.

As the sun set, and calm returned to Henrietta’s apartment, which now smelled of burnt food – she sought solace with Duchess, her fluffy, white Persian cat. But, as her name implied, the feline could not care less for her mistress. So as Henrietta compromised with online videos of cats asking to be cuddled, the power suddenly went out.

For one and a half hours, she sat in the dark in a burnt-smelling home with a bleeding finger and an inconsiderate pet. She was all too happy to go to bed and end this adventurous Friday. It was not so TGIF (Thank God It’s Friday), after all.

N.B. Based on a true story.