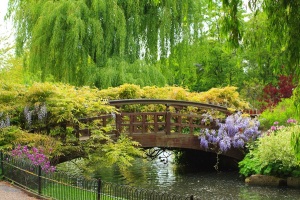 Henry woke up when a bed spring penetrated his mattress and scratched his knee calf. The sting was enough to make him jump out of bed. Then, he had to get up.

He wasn’t a morning person. Not everybody is. Despite the fact that he was well aware of the French saying that the world belongs to those who get up early (“le monde appartient à ceux qui se lèvent tôt”); he was more of a supporter of the Italian one that it is sweet to do nothing (“dolce far niente”).

This was one of those mornings when he’d rather stay in bed. Henry was the type of person who upon knowing that he had a list of things to do, could not find the urge to do any of them. Instead, he would find other things to do, making his list grow longer.

He was the person who would always find something to do. His problem wasn’t not having something to do, but rather never having enough time to do it. Sometimes even desire.

But today it was different. The intruding spring made him realise that sometimes it is better to get up early because you enjoy more of the day, particularly on mornings illuminated by sunlight. Plus, you often have the chance to spend more time with the people you love.

So despite the inappropriate wake-up call, the day would develop much better and by nightfall Henry would be glad he was pushed out of bed so early.

There is always a more positive side to everything; if you’re open-hearted enough to see it.