Archive for the tag “accident”

All it takes is two seconds

Lately he didn’t feel like running around anymore. He could sense that something had changed. She had just stopped coming suddenly and no-one could tell him why. Matt too hadn’t really left the house in days. He just spent his time glued in front of the TV screen, as if trying to lose himself inside whatever it was he was watching. It was like this for a couple of weeks now, and Harry was becoming restless.

His play-wheels were no longer rolling joyfully. They would only occasionally turn if the strong wind howled through them. But he didn’t feel like performing like a circus act. Not since she stopped appearing.

Harry had loved Rosa since the moment she picked him out from the tens of other hamsters in the pet store. He knew he had found a person who would love him unconditionally and treat him more than just an animal. And she did. For Rosa, Harry was a member of the family. The one she planned to one day have with Matt. She spent entire days at Matt’s house with her laughter bouncing across the rooms and filling every square inch of the loft. Harry loved it. And so did Matt. He was different around her. He seemed more alive. More optimistic. More energetic.

Matt wanted to ask Rosa to spend the rest of her life with him. Harry knew she would accept. They were meant to be together. After all, they would never had gotten him together if they had no future. He was not destined to be the product of a separated family – he just knew it.

But that fateful night, the life of all three of them radically changed forever.

Matt had prepared a romantic candle-lit dinner in his apartment. He had a big surprise planned out and Harry was going to help. Rosa was on her way. She was a bit late and sent a message to Matt as soon as she started the car. She was excited too, although she didn’t know what was awaiting her. But when she heard the message tone from Matt telling her he couldn’t wait for her to arrive, she bent down for two seconds to confirm it was from the love of her life. But two seconds were more than enough. In the dark of night, Rosa went slightly off-road. The speeding sports car that was wrongly attempting to overpass her, though, was unforgiving. It crashed onto her and threw her into the air, rolling twice before she landed on the sidewalk, car destroyed, and out of breath. The strike was fatal. 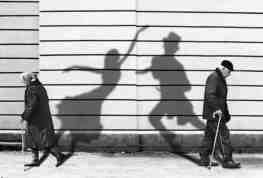 As a child Laura wanted to be a dancer. To join the ranks of a famous ballet troop and dance her life around the world. She wanted to be the best. To express every ounce of emotion through the eloquence of dance. And to be so artistically close to perfect that it would even bring her audience to tears.

But that never happened.

When he was young, Mario wanted to live life to the fullest. He didn’t care what he did, as long as he would do it whole-heartedly and enjoy every single moment of it. He never thought about growing up. For him, life was about living the moment. About delving as deep into it as possible. About living then and there.

Until that accident happened.

In the prime of their lives, Laura and Mario were involved in an accident. With each other. One that would inevitably change their lives.

A single second of distraction led to a pileup on one of the busiest avenues in the city. But it was so intense that Laura was told she could not dance again. She was lucky she could still walk and run. And Mario realized that there are some things in life that carry more weight than the frivolousness attributed to almost anything when you view the world through the eyes of a youth.

And their childhood dreams became the shadows that accompanied them for their rest of their lives. Even when they sit in each other’s arms years later and remember that dreadful accident that brought them together, they sigh in melancholy as they imagine ‘what could have been’ and the reason it didn’t.

And how their youthful shadows may dance now, since they no longer can.

Emma decided it was about time to dust the old library. It was her Great Aunt’s prided possession and she too valued it dearly. Emma loved this house. Her favourite childhood pastime was treasure hunts there. And now that she had inherited it, she secretly hoped that her Aunt had left her just one last hunt to indulge in.

It had been three weeks since she had last stepped in there. Life continued as normal outside its huge wooden-carved windows; birds were singing an ode to the sun, whose rays illuminated every corner of the giant room.  Dust had gained possession of almost every surface. But Emma was determined to put an end to the reign of this uninvited guest.

As she thoroughly dusted out each shelf, she recalled the wonderful stories that lay hidden within each book, resurrecting their images and characters, and she imagined her Aunt watching over her and smiling.

The top shelves extending to the ceiling were harder to reach. Emma brought a chair and climbed up to continue her mission. There was her favourite book! What memories that enclosed… Suddenly she heard a crack, and before she identified where it came from, the chair’s back leg broke off and Emma fell with a thump, with the book landing on her head, like a cherry on a pie. As she scrambled to get up, she noticed a small gold key protruding from the pages of the book. She looked up bewildered, and made out the shadow of a small door where the book had been on the shelf. Was this the last treasure hunt she was yearning for? She got up immediately with excitement rushing through her veins and opened the little vault. Inside was a crimson notebook. Her Aunt’s diary, describing her thoughts, feelings and experiences. It was exactly what she needed – a lucky accident that would bring her Aunt closer to her again. Just when she needed her most, she always found a way to reappear…