Archive for the tag “challenge”

A principle element in education is rejecting the saying “I can’t”. In fact, we are drawn to believe that “there is no can’t, but rather won’t”. That it is not a matter of not being able to do something, but of not having the desire to.

As such, the difference between can not and will not is of physically being incapable of and of simply not wanting to.

We are brought up to be certain that “can is an attitude”. It is like Star Wars’ Yoda said “Do or do not. There is no try”.

It is true, that the level of success depends on a person’s determination, their willingness to keep trying, to change things, to do more, to persist into achieving something positive.

Maybe it is all a matter of mentality. But every time we say “I can’t” for something, we should consider how much of “I won’t” or “I don’t want to” lies within it. 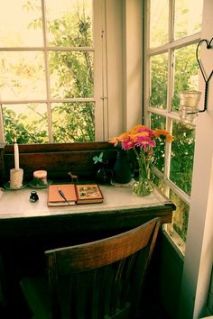 His name was Edison. He had it sculpted on a wooden plaque in his bedroom to remind himself of it.

It was years since he decided to retreat into solitude. At first, he saw it as a challenge, because he realised he was too drawn into the digital life of constant social networking, online media access, useless self-advertising and unabashed self-appreciation. He did not like the person he had become. He was hanging upon the number of likes he would receive on every post he made, on the number of followers his posts would receive, on the number of people who viewed the videos he uploaded. It was as if this invisible click by people he didn’t even know was what kept him alive. So he decided to do something radical about it. He decided to disconnect from everything and everyone. Those who really cared would find a way to contact him. Everyone else did not matter.

For two years, he had devised a lifestyle where his talk was limited to simple daily transactions to meaningless chit-chat with neighbours and co-workers. Everything else, was typed on a laptop.

One day, however, he woke up with a strange feeling. He felt his vocal chords had gone numb. He could not utter a sound. Was it true that you could forget how to talk if you didn’t speak?

He tried to shout, to scream, to say something, to whisper even, but nothing came out. Not even a screech.

He felt all his other senses heightened. As though the lens in his eyes with which he viewed the world had suddenly zoomed in and he witnessed everything in more detail, more clearly and with greater analysis. He began to notice things people did that he failed to see before. The level and tone of voice they used to speak to each other. He could comprehend simply by the sound and intensity of their voices and their body language what these people felt about each other. And he acknowledged that as a people we have become more aggressive, more aggravated, are more stressed and in constant agitation.

When he went home that night, he turned on his laptop, opened a new document and began to type. He may not have been able to speak at the moment, but that in itself made a fantastic theme for his new book: the new-age entrepreneur who became an anti-tech mute. He would find a way to raise a warning about the dangers he saw unfolding. And he would do so the only way he knew how. 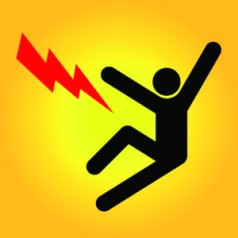 It is often said that a small shock, a surprise or an adrenaline boost rejuvenates your system because it causes you to…well…wake up!

Sometimes you need such a jolt. Something to stir you out of your mundane, almost automatic daily routine.

It’s not really something you look for. It’s rather something that arrives on its own. When you least expect it. The best things usually come like that – unexpectedly.

So, free your mind from automation and allow yourself to add a spring to your step and a daily change in the things you usually do. You’ll see a great difference. Because even the smallest alterations may lead to great results.

You just need to try it and be optimistic it will work out.

It’s always there in the shadows. Looming in the cupboard and in the drawers. In the places you least expect it to be. It takes the slightest bit for it to sneak up on you. But when it does, it covers you tighter than the black cape that wraps Batman in the midst of the night. Some find it after the second bottle of wine, some after a nervous breakdown, others during a breakup, but more often than not, it is there in the simplest and smallest of things, waiting to be noticed.

Parker was a quite boy. He was the smartest in his class all through college. He grew up to become a charming young successful professional, and career-wise he had a lot of potential. He lived up to and beyond the expectations of his superiors and everyone praised the fantastic work he did.

Then he went home.

He went home to an empty house. Not even the cat would stay there because it was so cold, as he was at work all day. He ordered in food or picked it up on the way home, never having the time or energy to cook something on his own. He was in a town where there was nothing much to do either and all his college friends where someplace else. He was the only one who had returned to his hometown. And he disliked this, more than he hated the burnt mushrooms on his pizza.

Parker’s life had become nothing more than work and home. And although he enjoyed the flexibility of sometimes working from home, he chose not to. Because no matter how many electronic messages he exchanged with tens of colleagues, not leaving the house meant he had absolutely no physical contact with anyone. Not even the aforementioned cat. The isolation he already had was more than enough.

His job was that of a copywriter. And that did not mean copying other people’s writing. It meant coming up with inspiring and unique ideas that could be used in, for example, advertising a company or product. And Parker was great at that. He had a creative mind, mainly because he dreamt a lot, and could find inspiration in the slightest of things. To him doing this was as easy as breathing. Until it stopped. Being easy that is.

Because it hit him.

It came when he least expected it. It was triggered by the tiredness, the spying on others through their social media accounts, the exasperation of being stuck here when everyone else was seemingly living their lives and doing the things he wanted to do, the not having anyone to follow away, the not being able to fully indulge in a head-over-heels love affair, the simple realization that he had not accomplished half the things he had dreamt of doing by now.

That is when the meltdown hit him. And it struck hard. This time was worse than when he finished college and didn’t know what to do. It was worse than running out of Nutella at midnight on a weekday while studying for a midterm, and even worse than the sobbing that ensues a depressing Gilmore Girls episode. This time it was painful. Because, this time Parker did not want to do anything. At all. He did not leave his home for two weeks, at least. The cat was forced to come over and see if he still existed.

And that is when he realized he would do something to change things. Because he realized that even his cat had moved on, when he saw that someone else had put a collar on it. That was the trigger to get up and do something.

He packed up a suitcase and left.

He would go to the airport and fly out on the first attractive destination he would find. He saw it done in movies so many times. Thinking practical and realistic all this time never got him anywhere anyway, so why not take a risk?

He would start afresh somewhere new. All he had to do was accept the challenge. And he was more than ready to do so.

What point was there anyway to keep on dreaming, if he would never even try to accomplish them? Otherwise, they would just remain that. Dreams. Unfulfilled.

Also part of Daily Prompt: All Grown Up