Archive for the tag “current society”

The Scrooges of this world

His favourite character was Scrooge. Either McDuck or Ebenezer, it didn’t really matter. It was the trait he admired. That of being stingy, a cold-hearted miser and filthy rich because of it.

He wanted to have it all. But all was never enough. There was always more.

He lost friends as quickly as he acquired them, because his arrogant style that undermined everyone else around him immediately became evident.

Yet, he didn’t care. People like that seldom do. Arrogance, it is said, is a camouflage for insecurity. People adopt a conceited attitude and raise their voice to be heard, no matter if they’re wrong. They try to dominate every situation to show they’re in control. But what they try to hide is their fears that they cannot conquer.

People cheat and steal from each other, attempting to demonstrate they’re cleverer and more astute. Paraphrasing what the ghost said in Charles Dickens’ “A Christmas Carol”, they wear the chains they forge in life. Yet, in the end, all they achieve is to create a society in which the truly smart people want to escape from, because they are the ones that see through the corruption and lies. They are the ones that read beyond the deceits and the feinted arrogance. They are the ones who distinguish between arrogance and confidence and the ones who understand when it is right to stand up for what you believe and when it is just necessary to go with the flow.  As long as the flowing river is one that leads to an ocean – a greater good – and not one that drowns everything along the way.

“The world is your oyster. It is up to you to find the pearls” – Chris Gardner

“Not everyone can do everything. Because it is as simple a fact that you can’t be good at many things. You can adequately do a lot, but only expertly do a few”.

He clearly remembered his professor’s words since the first day of college.

He was investing time to gain the knowledge required to specialise in one specific sector.

However, in an age of multitasking and in a labour market that sought individuals with a range of skills, he found the prompt contradictory.

How could you focus on one thing alone when the world was asking you to know more?

His professor was the one who offered the reply.

“The more specific knowledge you possess, the greater ability you have in comprehending a situation and offering solutions others cannot see”.

He then handed him a quote from a famous scientist. It said: “A smattering of everything is worth little. It is a fallacy to suppose that an encyclopaedic knowledge is desirable. The mind is made strong, not through much learning, but by the thorough possession of something” (Louis Agassiz).

“Never stop learning. Seek knowledge on everything and anything. But know what to invest on and specialise on something in particular. That will make you stand out. And it will make you sought-after and marketable”. 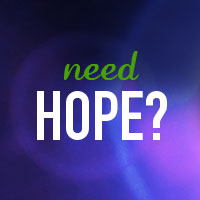 So, what seems to be the biggest problem during this past decade?

Or is it politicians?

Is it empty promises that lead to nothing? Austerity policies pushing for more cuts, lower wages, and a soaring unemployment that simply cannot be controlled?

It’s all of the above. It’s the bad handling of policies by a group of people whose only concern was to take care of their own lives. And now, leaders from all over the world are gathering every so often, in one bustling city or another, in order to, as they proclaim “find ways to combat” youth unemployment, or the recession, or the financial crisis in general.

What no one admits though is that we live in a 21st century, that all the more looks like the Middle Ages. In order to survive, you have to already have money. You have to have a financial capital behind you so that you can go out and look for a job, and afford to take on two, three, even five internships at minimal (or even absent) pay, before landing a full-time job.

You have to have the professional experience and skills for permanent employment simply in order to get an unpaid traineeship.

And what’s worse: everyone expects you to be grateful for it. For simply offering you the experience. Or simply because you have a job – no matter how badly paid that is, how many hours you work, how exploited you are.

We live in an era were only the wealthy survive. The middle class does not exist. And the lower ranks are ignored.

We live in a society where in the midst of an economic crisis and in a state on the verge of default, bankers and civil servants have the audacity to demand bonuses and higher wages, when the private sector employees are sacked without even compensation.

And then, the very people whose debauchery and later recipe of austerity led to this very situation, are the ones who declare that unemployment will be reversed if the same policies continue, with a few structural reforms for good measure. Reforms that further lower people’s living standards.

People ruling, or rather, the ruling elite, live in their own gilded towers, in a bubble. They fail to understand the concerns of the “ordinary folk”. They fail to walk in their shoes, because they have elevated themselves so far up that they have lost touch with it all. And if a politician has no contact with his/her “polis”, the people who elected him/her, then s/he loses all credibility. And all you have out there is just another selfish “official” only aspiring for more (personal) power.