Archive for the tag “description”

What rocked the boat

“What’s the best memory you have of the trip?”

He pondered for a while, his eyes gazing away and suddenly sparkling. A smile timidly spread across his face.

“The boat ride across the river”.

He paused, breathed in the emotion and continued: “I didn’t think it would be anything mind-blowing, but I decided to go along anyway, given it was a must-do sightseeing. The water was far from clean, so we were all extra careful about potentially falling in”. He laughed.

“We saw an alligator crawl in a few metres away. But that wasn’t what changed me. It was she…”

She knew something was wrong. From the moment she approached, she couldn’t shake off the feeling that something was just not right.

Perhaps it was the feeling of the air. The way her breathing had changed. Or the fact that her heart seemed to race a bit faster.

They used to call her a psychic, for she was very often right in the things she sensed.

Maybe she had a very strong intuition, one that guided her blindly. She was used to following her instincts, allowing the voices inside of her to perform spontaneous actions without knowing why.

But this time there was something grave in what she felt.

Something was terribly different.

They found out how right she was the minute they opened the door.

It was the only thing left over from the yard sale. And she didn’t understand why. If she could afford it, it would have been the first thing she would spend her money on. It was plain and “normal”, but sometimes what looks simple is more than that. Plus, it definitely had a story. It must have. Nothing so “ordinary” was every what it appeared to be.

As the sun set, she found herself mesmerised by it. The clear reflection of the garden shed had captured her attention.

Or perhaps it was the flickering light that appeared at its window.

A road to a different view

They told him the difficult, winding roads, the ones less travelled are the ones that would lead him to the most beautiful destinations. To places he had never seen before, never even imagined. He decided to take the risk because he wanted some peace of mind.

It was cloudy, perhaps even preparing for rain. And the gravel was rough; he could feel his car panting. But he was determined to go on.

He could see it up ahead. Tranquility was expecting him.

It was as if an entire mountain was waiting for his arrival to show him a different perspective.

The world in her eyes 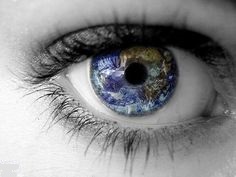 The greatest love poems are written in dark nights of silver moons glistening on shattered adolescent hearts. Out of the strongest pain come the most genuine and powerful truths.

That’s what she was reading before she came to meet you. It was what made her tears start streaming again. She was trying. Trying to go on but not wanting to without you.

You could see it in her eyes, the pupils rippling like broken glass. She avoided looking at you because it hurt too much and she didn’t want to let you see the darkness that had overtaken her soul. She didn’t want you to see that, when you left, you drained her of the life you had imbued her with. Yet, she still loved you. She wanted to tell you how much she missed you. You know you felt the same. But for some reason you were both too selfish to admit to what you truly felt.

She had vowed to herself she would melt that wall of ice you had raised around you. She was certain you were meant to be together. You had been through so much. Everyone expected you would end up together. Forever. That’s the way it should go. Instead, while everyone was taking steps forwards, you were making them backwards. Out of miscommunications and bad judgements.

She wanted the world and, in her eyes, that was you.

She still wants that. She may no longer think of you as the super-hero she pictured you would be, but she still hopes deep down you are the tramp-turned-prince she dreams of. She still wants you. But you’re too stubborn to let her in. You know that she fits so perfectly like no other in your arms. In your mind. And in your heart. Every second you let pass without telling her that you’re not thinking of her or lying that it is not true, you plunge the dagger deeper inside. Because she has realised that it is those that can cause you the greatest happiness that ultimately will cause your deepest pain.

The location to unravel

Imagine this: it’s morning – you know because the alarm clock just buzzed you out of your REM cycle. You have to get up to open the blinds so that sunlight can enter the room. As soon as you open the window, however, three cars begin to honk simultaneously because the driver in the front of the line was too busy sending an SMS to see that the green light had appeared. Seconds later an ambulance siren is heard nearing, so you shut the window in a rush to avoid further noise pollution. You’ll open it again later to allow air to circulate the room. Or maybe even better when you leave.

Now imagine this: you wake up by the rooster three houses down, announcing its morning. Sun rays have already entered the room, warming the bedsheets. You take a deep breath and stretch. You open the window and view the green field that stretches as far as your eye can see. All you can hear is the birds tweeting merrily. The flowers have bloomed granting the scenery a colourful spring touch. And a little further down ducks are happily bathing in the clear river water. You sit outside for breakfast and let your mind unravel. You unwind and feel more relaxed than your two-hour yoga class. You feel something you’ve been yearning for: relaxed.

Where would you rather be?

Life consists of moments and the choices we make leading up to them. Ultimately, we hold the key to our destination. And our physical (and mental) health.

The sting of an aroma

It only took a single whiff to feel it in the air. It was intoxicating. It filled your surroundings like a thick cloud embracing every angle of your body, pulling you tight inside its mist.

It was sensual and romantic at the same time. Bold yet timid. It smelled of spring and flowers and fruit, but had a touch of oak and spice.

It was arousing. The kind that seared into your very veins and whose scent drilled through your nostrils, remaining with you hours after you first put it on.

It was the kind of perfume that gave away the woman who wore it.

And he was certain it was her, the minute the aroma stung his nose.

The first day they met she had been woken up by the sweetest chime she had heard. And just outside her window, sat a blue-necked sparrow, as if waiting for her to lift her hand so it could chirp its way right on to it.

She was a farm girl and proud of it. She found comfort among her four-legged farm-mates and was extremely content with simply roaming across the fields, either on horseback, in the mini-truck, or on foot. There was always one animal or other running alongside her and she felt that they could completely understand what she was saying or even feeling. She had yet to feel that with a human.

Until that very day.

It is strange how life throws things at you, just when you’re ready to accept them. Even if you don’t realise that at the time. Because that very morning, she thought nothing of the sparrow’s visit. It was only after weeks, that her mind recalled the symbolism.

That morning she rushed to catch the train to the nearby city. She was tasked with obtaining supplies ahead of the long weekend. Her stalling to admire the little bird, however, meant she lost the early train, which she was supposed to have travelled with. So she took the next one.

He was on that one.

He sat opposite her, mesmerized by the innocence radiating from her eyes.

But she paid no attention. She was still thinking of the sparrow, while staring out of the window at the morning dew.

He coughed, dropped his phone by accident and they bumped heads as they both moved to pick it up. That was all it took to get her talking. Her laughter resounded in his ears for days later. And she was enthralled by how alike they were. He was the son of the neighbouring landowner. They had the second largest estate in the town and she found paradise in his property and in his heart.

The sparrow never returned. At least not until today.

It had played its role. Now it was their turn to keep things moving. A little effort is all it really takes.

There is a reason she was told not to go out alone, even during daylight. She had no sense of orientation whatsoever, setting out for the beach and somehow reaching the mountains.

On that idyllic island, she realised what her horoscope had described as “luck or fate”.

On that white and blue deserted back alley is where she found him. Standing like a Greek statue under the scorching sun. As if he was waiting there for her to arrive. His eyes shimmering in the sun. She smiled, accentuating her dimples, and she could see him blush.

Her name was Aphrodite. 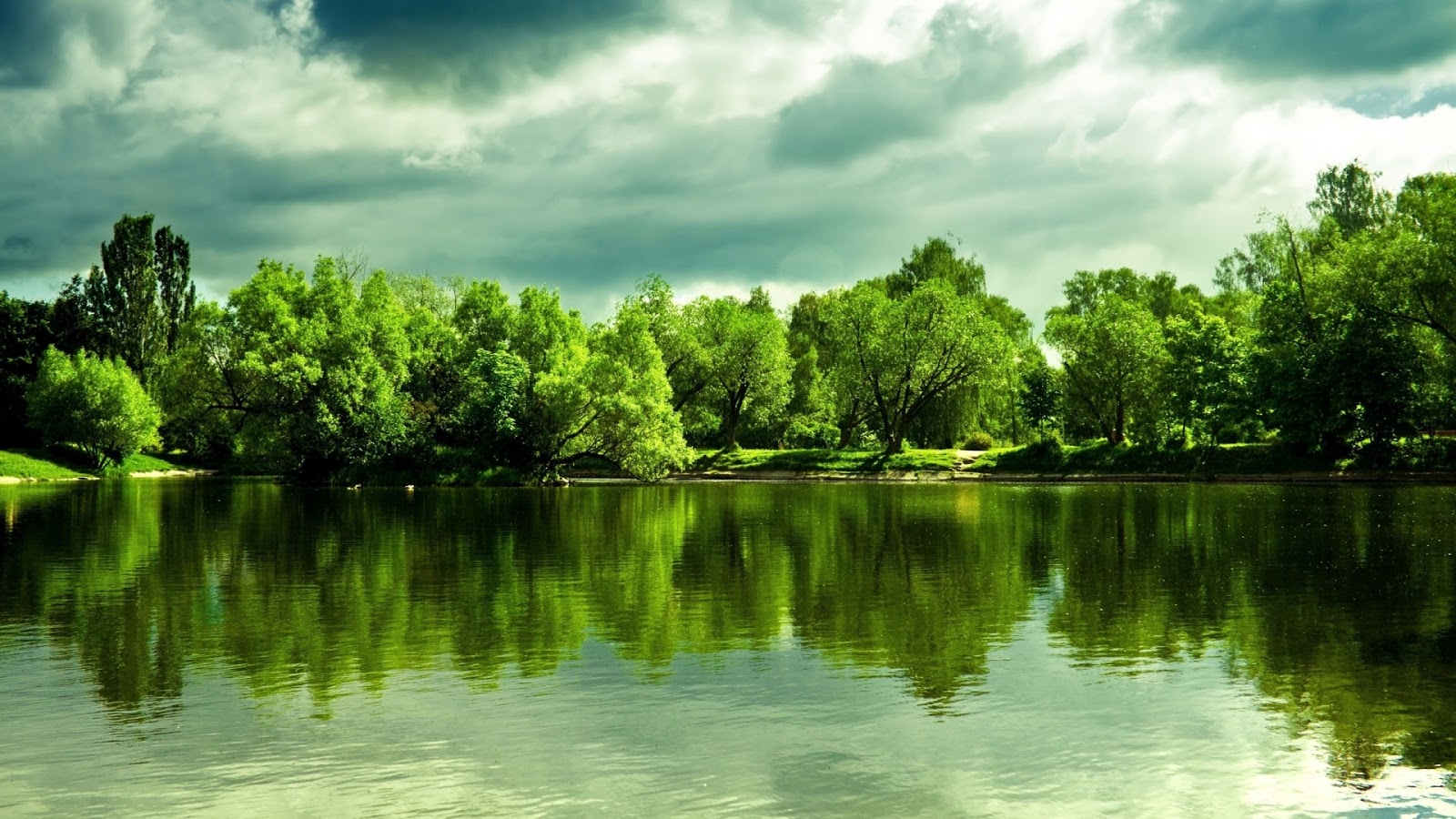 It is truly strange how one question can affect your entire life in ways you can’t even predict. How it can not only change your present, but may alter your future and any expectations for it that you may have had. What is most astonishing is the fact that it may very well be a question that had never crossed your mind before.

Jeremy lay in a hospital bed for the past five hours. He was connected to a machine that helped him maintain a stable breathing rate, supplying him with enough oxygen. His right hand had a long needle taped into it through which serum dripped into his blood vessels. The room was as silent as a temple. Outside the window, a green forest was shielding the stress and clamour of the nearby city. He lay still, to the extent that if you didn’t notice his chest move up and down, you wouldn’t know if he was even breathing.

His body was frail, full of scars and burns. He was lucky to be alive, but he did not know it. His head was wrapped in layers of white bandage, giving him the appearance of an Egyptian mummy. Yet, Jeremy lay there still and calm, as if nothing of what he had just survived had ever happened.

What he did not know, however, was what exactly did happen.

He opened his eyes exactly five hours and twenty-two minutes after he was intubated in that sanatorium.

Standing above his bed was a man sporting a very noble appearance in an elegant grey suit, with a cleanly-cut brown beard, small round spectacles and short hair that betrayed a hint of gray if you looked hard enough. He was observing him, monitoring Jeremy’s every move and patiently waiting for something to happen.

Jeremy had never seen him before.

At least that was what he thought.

But he could be wrong.

As the man spoke, his voice, coarse and deep, echoed across the room, reverberated against the empty white walls.

“What are you doing here?”