Archive for the tag “garden” 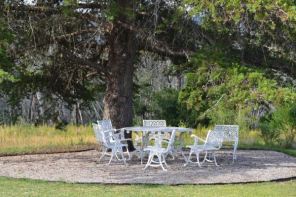 Once the season changed, they would take the garden furniture out and set it in its usual place under the large oak tree. They would spend an entire morning washing the winter dust off; playfully splashing each other with the garden hose. Then, they would allow the sun’s rays to rejuvenate them with new life, ready for the new summer memories that were to be created.

Spring was their favourite time. It was when everything in bloom reminded them that even after a harsh and dark winter, it would always be warm and bright again. You just had to wait. 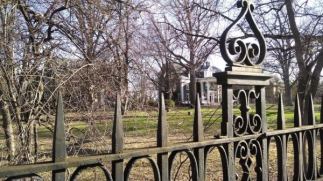 It was this time of year a few years ago when the mansion’s garden sprung to life as the flowers and tress bloomed, splashing the entire neighbourhood in colour and granting surrounding residents with a sense of renewed optimism.

The silver gate gleamed in the sunlight, and was almost always open, welcoming guests into this “hint of paradise”.

But then it happened. As if a dark cloud settled over the mansion; everything crumbled. The garden was abandoned in sorrow, and the gate was closed.

The mansion was now left deserted, with only the memory of the life that once was.

The revenge of the giant Aloe 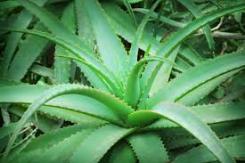 Mrs Cliffson loved tending to her garden. Ever since she remained alone in her cozy, stone-built house in the metropolitan suburbs, she decided she would reinvent her garden. At least it would keep her busy and take her mind off being alone.

She began by bringing in all kinds of plants, from flowers to foliage to creepers. She bought all types and all sorts of varieties in order to create what she imagined would be the ideal garden to spend hours admiring. She even bought a small Aloe vera plant. One that would cure every rash or nasty cut she would ever have.

So she got to work.

She got out her spade, trowel and pitchforks and instantly created freshly sowed flower beds, as she also replanted all the plants she had bought from the farmers’ market.

She spent her days caring for her rose bushes, her geraniums, her basil and mint and even her cabbages. She had a little section cut off for edible products – such as cabbages, cherry tomatoes, and a series of aromatic plants. All around the garden the flower pots slowly bloomed, radiating their rainbow-coloured glow and embracing Mrs Cliffson’s soul. She was not alone anymore. She cared for something and that paid back. All her plants, in one way or another, returned the love and affection she devoted to them.

But her prize possession – her pride and glory – was the Aloe plant.

That little pot of the shy yet sturdy Aloe vera had within months grown into a huge plant that took up almost an entire corner of the back yard. But no matter its fierce appearance, that Aloe plant was what rescued her.

A few years after the birth of Mrs Cliffson’s garden, she had been diagnosed with a rare dermatological disease. One that would cause strange scars to appear on her skin, appearing as though it was slowly being scraped off. It was a condition that baffled even the most supreme of doctors. She had gone on all sorts of treatment and medication but nothing seemed to work. No-one knew what else to advise. The doctors had almost entirely given up; all they could prescribe now was hope.

Mrs Cliffson was sitting in her garden one day, resting in the wooden swing she had placed in between her flower beds. Her garden had become her refuge, her consolation. And that is when she saw it. The Aloe plant had grown so much that it had almost reached the swing. It seemed as if it was trying to reach out to her. As though it was offering a helping hand. And that is when the thought struck her mind. She immediately got up and cut off a piece one of the Aloe‘s leaves. The juice that ran out onto her hand caused a soothing sensation. Mrs Cliffson rubbed it across her scars. The consequence was almost immediate.

The next day, Mrs Cliffson woke up believing the days and months of running to the doctors was a distant nightmare. She stared at her hands in amazement. The scars were gone, leaving no sign that they had ever existed. She ran out to the garden. The cut-off Aloe leaf had grown back and the plant was complete.

Mrs Cliffson had found her cure. All it took was a little tender, love and care for something that seemingly could not repay you. It is surprising what those small “unimportant” things do for us. Even when you least expect it.