Archive for the tag “inspiring”

Seven is a special number. It is considered lucky because we have an affinity for it: most people consider seven their favourite number or choose it when asked to pick a number between one and ten.

Seven is prevalent in our daily lives too: seven days in a week, seven continents, seven oceans, seven vertebrae in the neck, seven colours in a rainbow, seven wonders of the ancient world, seven deadly sins. In fact, some researchers argue that human memory works best if it remembers up to seven items.

Seven also features strongly in the religions of the world: in the creation story of the Bible, God made the world in six days and rested on the seven, thus scholars believe it represents perfection or completeness. In Judaism, there are seven heavens. In the Islam’s holy book, the Koran, Muslims making the pilgrimage to Mecca walk around the Kaaba seven times. In Chinese culture, seven represents Yin and Yang combined with the Five Elements (water, fire, earth, wood and metal), while in Confucianism this combination is believed to represent harmony.

Seven is, therefore, an important number and most often a lucky one.

Seven years pass by in a flash.

I have written a lot during these seven years (794 posts on this blog) and a lot has happened. It is enough time to reflect, to grow, to mature, to experience new things, to change the way you react to situations, to learn how to deal with life especially when things don’t come the way you plan or hoped they would. It is time that allows you to become stronger and more resilient. And one way of doing this – for me – is through writing, right here. By making my own experiences and observations into fictional stories. By writing motivational stories that I would really like someone else to tell me. By drawing optimism and positivity from the words that fill a page on a screen.

Seven years may be many or few, depending on how you look at it. But they are part of what makes us who we are and a chance to reflect on where we are, according to where we want to be.

So here’s to many more, with the wish to never run dry of inspiration and creativity!

The bleeding of a pen

People who write share a secret. They know how to view the world in different lenses. They think too much, overanalyse, create scenarios that may hardly correspond to reality, and feel too deeply. They have a vivid and often wild imagination. But often, that is exactly what helps them survive.

The best part about meeting other authors, is that you realise you are not alone in your weirdness. Authors are exquisite people. They shine a light on aspects you never thought of before someone pointed them out to you.

They are the ones who put words on a page, coherent ones, linked together and invite you to form the images in your head. Every book is just that. But every reader has a different playout created in their mind. And that is precisely the magic a pen can fashion.

Writers are not as competitive as people of other professions are. They will urge you to write. They will inspire you. To believe that you can do it; that you can accomplish whatever you imagine. Because they know what it feels like to sit alone in front of a screen, fighting with and for words. They have gone through the anguish of trying to promote their work for the masterpiece they believe it is. They have faced their demons of fear, of not being good enough. And they understand. They know that you need to write something first to come to believe that you can actually achieve your goals.

The best thing about meeting a writer is that you gain an insight on why and how they write. Sometimes the reason is the simple fact that they were bored and wrote a book. Other times it is because they wanted to say something. They want to make readers think, to enter a world that is unknown; to escape a reality that is sometimes better than we imagine if only we see it in a positive light. But every writer wants something they never admit: to make the reader feel they are not alone.

A book is the best company you can have. Because it opens up worlds you never knew existed and expands your mind more than anything else ever can. 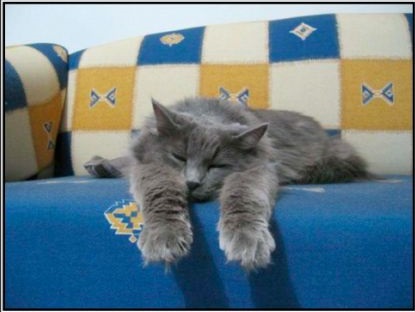 When your personal trainer tells you “good job” you’re motivated to last a little longer, to try a little harder, to take your limits a bit further.

We all need that encouragement. It’s a boost to reach further than you think you can.

But, similarly, we all need the acknowledgement of a job well done. A recognition of your efforts, be it in the form of a verbal gratification, a written thank you or a monetary compensation.

We need the demonstration of feelings to be satisfied with our own selves. Because just as we often cannot hide what emotion is overwhelming us, in the same context, we would like to be shown that we are admired, sympathized, liked, loved, or even despised. But we want to be clear of what we have to face.

Once in a while, it happens to all of us, though. Losing your motivation or will to do anything creative. And no matter where you search for it, one thing is certain: you’ll never find it unless it comes from within you. Unless you start to do something that’s yours, that expresses you and fulfills you.

Remember, you only fail when you stop trying.