Archive for the tag “network” 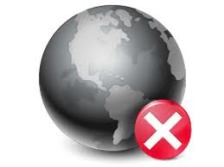 “OK, who turned the modem off again?”

“Did the cat pull the cable or is the bunny munching on it again?”

It was a usual day at the Thompsons’ house. Four people were all surfing the web, sending emails, or downloading videos on all kinds of devices – smartphones, tablets, computers, even on the television itself.

“Can we call Carla again, mi hijo? I want to ask what happened with Juanita!” Even the grandmother had become accustomed to the wonders of a Skype call and she was really getting used to this technological marvel that brought people closer.

But today, there was a problem. Elliott was the first one to notice it. He couldn’t log on to the App store to download a new game and was beginning to get agitated. He had reached a level that was simply unsurpassable in all his existing games. He needed something new.

Jenna was also upset. She could not see the rest of her favourite reality show as the streaming was too slow and would constantly break up.

Charlie was complaining because he could not finish his work and couldn’t even send an email to warn of the delay.

Sandra was also yelling. She could not find anything else to do and had grown up with the Internet. From what she remembered, she had always lived a life online. How would she now check for social media updates? She felt extremely cut-off, isolated. “WTF!! It’s as if we’re back to the Stone Age!”

Will, the father of the family had just got off the phone with the service provider. There was a technical problem and the Internet could not be fixed today. Efforts would be made to solve it as soon as possible, but tomorrow was the earliest that could happen.

Panic ensued in the Thompson house. “How will we ever survive?!” was the main concern of the youngsters, while grandma lamented not being able to see her sister in Columbia today.

Will was aghast. What kind of a world are we living in? We have no Internet and suddenly, life as we know it is gone? Do they even know that people had more of a life before the Internet? People in the Stone Age perhaps lived a more fulfilling life than we do today, he thought.

So he decided to try a different tactic with his digitally-addicted family. He dug out the box of board games that was conveniently stuck in a corner and was gathering dust.

He was shocked to hear that the youngest members of the family had never even heard of the likes of Scrabble, Monopoly, even Jenga. So he set on a mission to rectify this. It required a lot of patience and calming down the constant Internet complaints. He was determined to teach these new dogs, old tricks. He was sure that once they get past the fact that they all involved more than a swipe or touch of the finger, it would be fun.

He was right. They all, including Sandra, soon forgot about the screens they were so attached to and began laughing their hearts out when bricks fell, words were misspelt and money was lost while the players were sent to jail! “This is awesome! How come we never did this before?” wondered Jenna. Charlie looked at his watch. It was three in the morning but nobody seemed to care. “Just one more round of Jenga please?” begged Elliott. And alas, there was life beyond the Internet, and it was enjoyable too!

Surviving without the Net

There is a child in a pram holding a tablet. It can barely say two words but it knows how to swerve its fingers in order to play a virtual game. There is another one which needs a screen in front of it depicting moving images, so it can eat a spoonful of food. Then there are the older ones that have a smartphone stuck to their hands as if their life depends on it. There is a man who enters the swimming pool with a digital gadget in a waterproof case. And these are not unique cases.

We spend our days fixed onto a screen; a digital depiction of reality, while real life passes us by. We are so deeply addicted to this new-age “disease” that we cannot even imagine life without it. Without a smartphone, a tablet, a computer, or simply put, the Internet.

So much, that when you are found in a location with no Internet access, you immediately classify it as an uncivilized place – because, really, who in this day and age does not offer free Wi-Fi!? – and then you struggle to survive a few days without the one thing that has become an intrinsic part of your day. You can feel the withdrawal symptoms already kicking in in less than 24 hours. You desperately try to find a Wi-Fi network anywhere. Simply to log-on and surf the web. Just open a browser onto any page. To view anything. Simply to feel ‘safe’ that you are online, even for 5 minutes. To sense that you are in familiar space, no matter if that is virtual.

By the end of day one, your hands are already itchy. You are even considering knitting. Simply to keep yourself busy.

We have become so addicted to the Internet – that place where you can find literally anything – that surviving without it seems like balancing without a net. And as we become all the more connected and digitally forward, we become socially awkward network junkies. All the while, reality continues to pass us by, without us even noticing.