Archive for the tag “past”

Love stories of the past are like wilted flowers. Their time – and season – has ended. They were wonderful while they lasted, but they had a due date. And it has expired.

We need to let them go. Throw them out so that we have space to bring in new ones. Fresh, colourful, scented, alive. Ones that remind us that there is a bright future ahead and it’s up to us to make it prosperous.

We can remember, but it should not affect us. Perhaps that is the hardest to master.

Some flowers last forever; those we should nourish.

They are like surreal instances. Like a bicycle clinging onto a wall as if it’s about to ride up against gravity.

Those thoughts of what you could have, would have, should have; they cause too much distress and eat you up from the inside. They tear you apart piece by piece because there is nothing you can do to change the situation or remedy anything. You can’t alter what did not happening. All you can do is look towards living the present as best as possible, and enjoying what is to come as much as you can.

The secret of old buildings

“Come, I want to show you something!” She grabbed his hand and rushed ahead full of excitement pulling him like a puppy out on a walk.

“Old buildings always hide a very interesting history. And this one is no exception”.

He looked at the large, brick-laden building that stood imposing in front of him. You probably wouldn’t even notice it had it not been for the huge glass windows that caught your eye.

“If we don’t care about our past, we cannot hope for the future,” she said. “It doesn’t look like much, but it has definitely shaped this town”.

Sometimes destiny throws back something from our past to make us rethink everything. Not so much to despair or regret about the path we took, but rather to acknowledge how far we’ve actually come. How many things have happened since then, how much we’ve achieved and how much more we can accomplish because of all those experiences.

We are given a chance to review our lives in order to regain our lost confidence. To realise that we are worth and capable of much more than we give ourselves credit for. Something we usually only understand if we view ourselves from someone else’s point of view.

We chose the course we did for a reason. Perhaps it was not obvious then, perhaps it is not obvious not even now. But there is one. We become stronger from what we go through, what we are called to deal with, the difficulties, the challenges, the fights. Our successes also arise from our failures.

So, in reality, we should live a life not regretting of the past but being grateful that we managed to survive everything that was thrown our way.

Drawing a line, closing a door 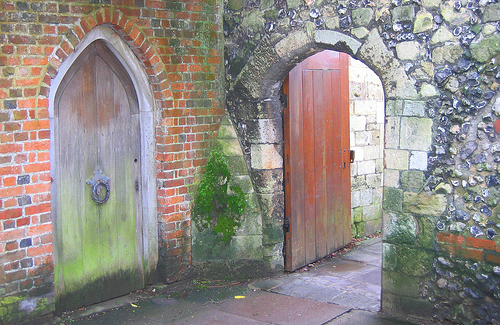 There is a saying that “you don’t drown by falling in the water. You drown by staying there”. The allegory is linked to keeping your mind fixed upon the past. It’s the same as knocking constantly on a closed door and expecting it to open.

It is true that our hearts and minds often fail to coordinate on sentimental issues – you know what you need to do but you feel differently about it.

We need to close some doors. To draw a (final) line and move on. Not because what they offered was not good or worthwhile. But because they no longer lead anywhere.

We experience things in life to become better, to mature, to have a fuller existence. To live and not just be. But some things aren’t meant to last. Some are even meant to be your path towards something even better. You never know what wonders you will experience tomorrow, unless you let go of the past and embrace the present.

“When one door closes, another opens; but we often look so long and so regretfully upon the closed door that we do not see the one which has opened for us” – Alexander Graham Bell 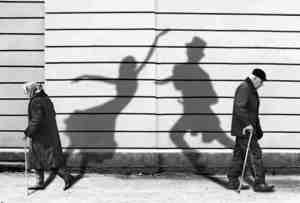 As a child Laura wanted to be a dancer. To join the ranks of a famous ballet troop and dance her life around the world. She wanted to be the best. To express every ounce of emotion through the eloquence of dance. And to be so artistically close to perfect that it would even bring her audience to tears.

But that never happened.

When he was young, Mario wanted to live life to the fullest. He didn’t care what he did, as long as he would do it whole-heartedly and enjoy every single moment of it. He never thought about growing up. For him, life was about living the moment. About delving as deep into it as possible. About living then and there.

Until that accident happened.

In the prime of their lives, Laura and Mario were involved in an accident. With each other. One that would inevitably change their lives.

A single second of distraction led to a pileup on one of the busiest avenues in the city. But it was so intense that Laura was told she could not dance again. She was lucky she could still walk and run. And Mario realized that there are some things in life that carry more weight than the frivolousness attributed to almost anything when you view the world through the eyes of a youth.

And their childhood dreams became the shadows that accompanied them for their rest of their lives. Even when they sit in each other’s arms years later and remember that dreadful accident that brought them together, they sigh in melancholy as they imagine ‘what could have been’ and the reason it didn’t.

And how their youthful shadows may dance now, since they no longer can.