Archive for the tag “planes” 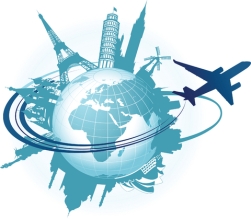 A lot can change in a few seconds. And with the constantly advancing technology, we can roam the world as if we are merely travelling across cities, instead of across continents and oceans.

No matter, though, if you’re travelling 900km or 10,000km, if it takes you an hour’s flight or ten hours, the same strange feeling somehow finds its way into your mind. The one minute you are in house A, of city A in country A, laughing and dining with family and friends, and then a couple of hours later you’re in house B, in city B, country B, rummaging supermarkets for your bare necessities, mopping the house floors and cooking for your own meals. All of a sudden, you’re on the other side of the online chat screen.

It’s a great feeling to know that you can break the confines of time and space with such ease and feel that the entire world is at your reach whenever you feel like it. But it always requires at least a few minutes of re-adjustment. So that your mind and spirit can catch up with your physical presence. It would almost be as if you were sliding through multiple dimensions, if only you didn’t know for a fact that you are still in that same single one we have. So all you can do is acclimatize yourself as quickly as possible and always make the most of every minute you spend country-hopping! 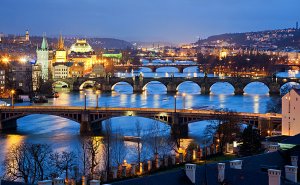 Do you ever wish you could just get up and leave to escape reality? Just board a plane and fly out. Wherever that may take you. And from then fly off to the next destination, however random that may be.

Jennifer was a plane-hopper.
She would do just that. Get on a plane and leave.

It takes courage to make such radical decisions and carry them out. But Jennifer had always done so. Whenever her heart was in pieces because of a nasty break-up, or things didn’t quite turn out the way she expected she would just take a plane and fly out. To a destination she would pick by chance and then let fate guide her.

Contrary to whatever television series may depict though, Jennifer used these escapes to clear her head. To think her life through and understand what it is she wanted. She often fled to her friends abroad to hold night-long talks like they did when they were young. Now it seems that as they grew up their problems also proliferated. And the pain that came with them also intensified.

Jennifer loved the feeling of flying in the clouds. Literally. Thousands of feet up in the air, for a few hours cut-off from the world was just what she needed when nothing went right.

Now she was on her way to Prague. That was the destination first available when she asked at the check-in counter. So she took it. She had never been there and maybe the sight-seeing excursions would help get her mind off the pain of her broken heart.

As she flicked through the on-board magazine referring to the city she would soon land at, Jennifer could imagine herself walking by the river and along the picturesque streets. Yet all she could think about was one person and one thing – she looked at her phone and wondered if she would ever hear the sound of a message arriving, that sweet greeting “Hey you!” that would restore the smile on her face.

It was up to fate what would happen but she certainly knew one thing – love is a strange thing that no one can master, no matter how good a ninja you may be.