Archive for the tag “snowflakes”

There was no sign of it in the morning. Even before the sun was out, there was frost in the atmosphere and it was freezing. But it was expected to stay dry. It was in the midst of winter, however, and snow was always a possibility.

Not even a half hour had passed when the first snowflake hit the windshield.

The Chihuahua inside the warm vehicle got excited. As if it had understood the magic that was happening. It began to hop on the seat, stretching out its little tongue as if to lick the snowflakes that began to mount on the glass in front of it.

The driver next to the small dog was smiling. Not only because of the white scenery that began to spread rapidly now; but mainly due to the unexpected reaction from his four-legged friend.

When the road began to become more slippery, they slowed down. Caution was required.

That was when the little dog pinned its eyes outside a certain spot on the window and began to bark. Its tail was elongated like a needle.

The driver stopped and got outside.

The snow was even denser now. You could almost feel it falling on you. The Chihuahua managed to slip outside just before the car door closed.

There in front of them, near some snow-covered bushes was a furry bagel-like-circle. You could barely make out its pointy ears and fluffy tail. The snowflakes had almost engulfed it.

The dog’s owner approached cautiously and extended his hand. The fox opened its eyes. It didn’t move. Perhaps it was too scared. Or perhaps it was too numb from the cold. Its piercing blue-green eyes almost begged for help.

The driver picked it up without breaking the circle it had sat in. Inside the warmth of the car, the fox fluffed up its fur and almost appeared to smile.

The Chihuahua was happy. It didn’t want to be enjoying the luxury of a refuge when some other co-animal was freezing outside. Just because you’re safe, doesn’t mean everyone else is too. 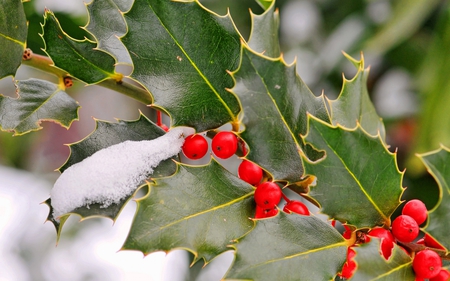 The first snowflakes had hit the ground early at dew point. He was sleeping when they arrived. But that was the best surprise.

When he woke up, a white velvet carpet was awaiting him outside his window. The door needed a hard shove in order to open.

And then, as the frozen air slammed his face, it hit him. It was mid December. That season when everything suddenly seems so much nicer, so much more peaceful, more wonderful. The sparkling lights appeared even more brightly coloured now with the snowy background. People were more cheerful and smiles were abundant. It didn’t matter that it was so cold.

The only thing that mattered was that another year was slowly exiting, and everyone was striving to account for everything that had passed during these 12 months. It had to be good, so that the next ones would be even better and more fruitful.

It is the time when dreams are revived, ambitions reinvigorated, and emotions rekindled.

So when he saw the bright red mistletoe gleaming under the snowflakes on his frontfoor, he consciously knew that there will always be a light shining no matter how dark it gets. Surviving, no matter the weather.